The children created freeze - frames for the penultimate chapter to Odysseus' story. They showed the key events within their frames using actions, props and expression. They included the key event of Antinous being brutally killed by Odysseus.

The children in KS2 participated in a science day where they were split up into different classes. The YR5 classroom had (coincidentally) found a crime committed. We gathered evidence which led us to believe that someone had stolen the class chocolates. But who could it have been?

Your suspects included: Mrs Lawrence, Mrs Luck, Miss Tolley, Mrs Edgar and of course… Miss Wright!  Using the note left at the crime scene, the children carried out a procedure called Chromatography to compare inks with the pens belonging to each teacher. We learnt that black ink does not only contain black ink but several different colours, and this procedure separates mixtures showing their movement at different rates.

During World Book Day, the children in Year 5 decided to follow a Harry Potter theme. We read the first chapter and created our own witch or wizard for the Wizarding World. We also made some breadsticks in the shape of wands and broomsticks and some tomato soup/ cream of tomato soup. Have a look at the amazing costumes and pictures of the food created below! Great effort from Year 5 children and parents.

The children created their own playscript on part of our class book: The Adventures of Odysseus. They included key characters and focused on using tone and expression when performing.

At the beginning of our term, we have been continuing our force topic. We have looked at gears and how they move. We have been making gears and designing our own cam movement mechanisms!

Year 5 class took to the outside playground for their Mannequin Challenge! Have a look below! 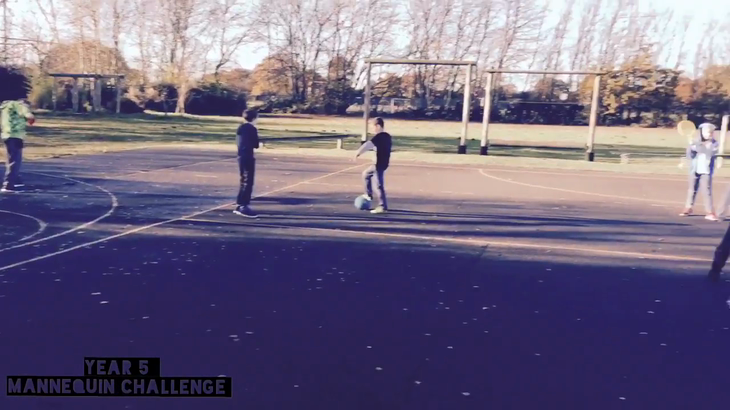 Through ICT, we have spent a large amount of our lessons focusing on anti-bullying, specifically cyber bullying and keeping safe online. The children created a game which included scenario cards and how the right decision would take you further to win the game!

In art, children have been focusing and exploring the use of charcoal. Alongside our topic Earth Matters, children created a landscape image of a mountain using charcoal. They used smudging, dabbing and the use of different charcoals to create a range of effects. Have a look below at the fantastic drawings Year 5 have created!

In maths, the children have been using their place value and problem solving skills to uncover which symbols represented which number. Children used facts and patterns in a 100-square grid to discover the placement of symbols such as how many digits there are on the first row and patterns in times tables. The children worked in pairs and demonstrated excellent team-work.

Creating the water cycle in our classroom: Topic September 2016